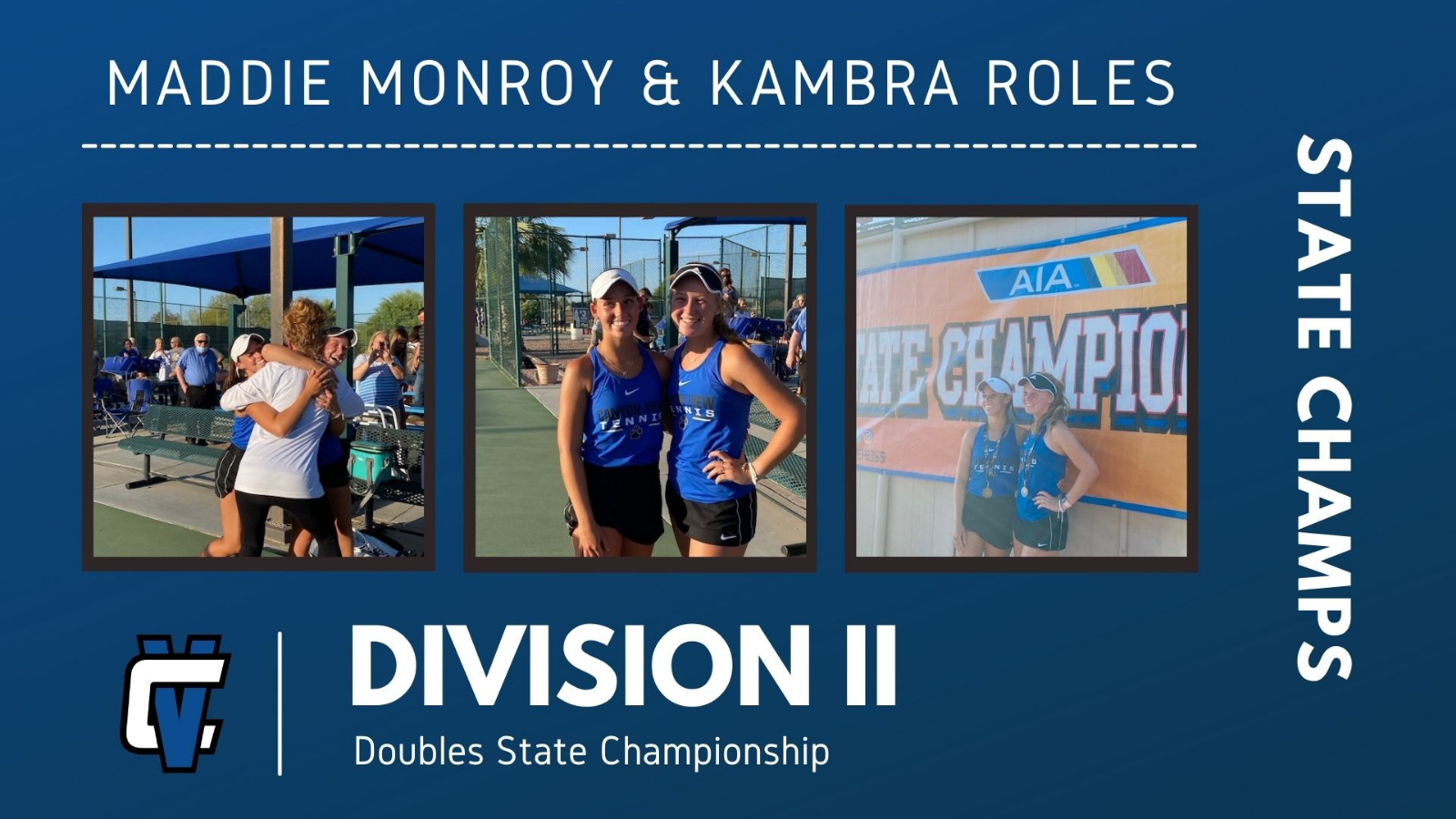 The doubles team of Maddie Monroy and Kambra Roles won the first State Championship in Canyon View history at the Paseo Racquet Center. Monroy and Roles won by a score of 6-3, 6-1 over Abbigail and Annabelle Mulick from Catalina Foothills to capture the Division II crown.

“They began the match being a bit nervous due to the title being on the line, but had many down the line shots that allowed Catalina Foothills to be shaken up,” coach Colleen Whalen said. “They were consistent and kept their intensity high and now they are the STATE CHAMPS.”

After having last season cut short due to COVID, Monroy and Roles were determined to finish the year with a strong showing, which they did by leading a young Jaguar team to a top 10 finish in the Division II rankings and a berth in the team championships which will continue this week.

Before getting to the finals, the junior duo got past teams from Arcadia and Cactus Shadows without dropping a set. That set up the showdown with the top-seeded team from Catalina Foothills.

“Maddie and Kambra trained for this moment all year,” coach Whalen added. “They work hard, they are driven and determined, and they have the compassion for the game.”