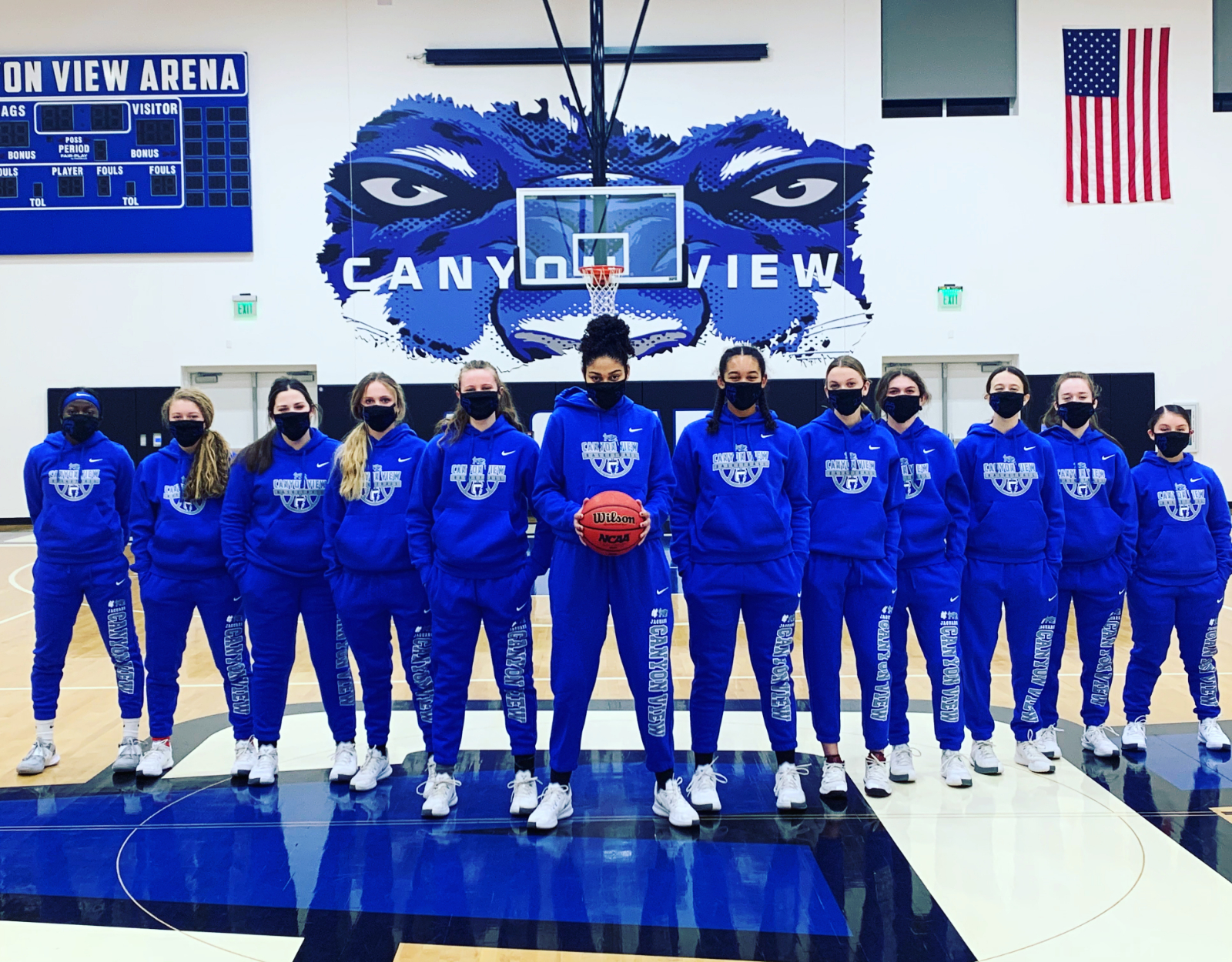 Junior guard Caidyn Spickler was named to the Sports360AZ All-Academic Team after receiving the top overall grade point average in the 4A-6A divisions. Seven other Lady Jags, including Caidyn’s sister Avery, were also named to the team after a successful year on the court as well.

Junior guard Madison Jacobs, along with Anyah Herrera, Taylor Jacobs, Sara Obermeyer, Zoe Bracey and Mia Burgess were also named to the All-Academic Team after posting a 4.0 GPA or higher this past semester. The Canyon View girls basketball team advanced to their first even State Playoffs in just their second varsity season.

Sports360AZ has been recognizing student athlete achievement for the past nine years. The team is compiled based on feedback from athletic directors, coaches, parents and players.

About Sports360AZ
For nine years, Sports360AZ has been committed to acknowledging the best and brightest student athletes in Arizona. We are excited once again to introduce the Sports360AZ All-Academic Winter Sport Teams brought to you by IBEW Local 640, Desert Financial Credit Union, Venezia’s Pizzeria, Harrah’s Ak-Chin Casino and Valle Luna Mexican restaurants to recognize excellence of student athletes not only in competition but in the classroom as well. This is the largest Sports360AZ All-Academic Winter Team in this recognition’s history with every sport setting a record number of nominations.