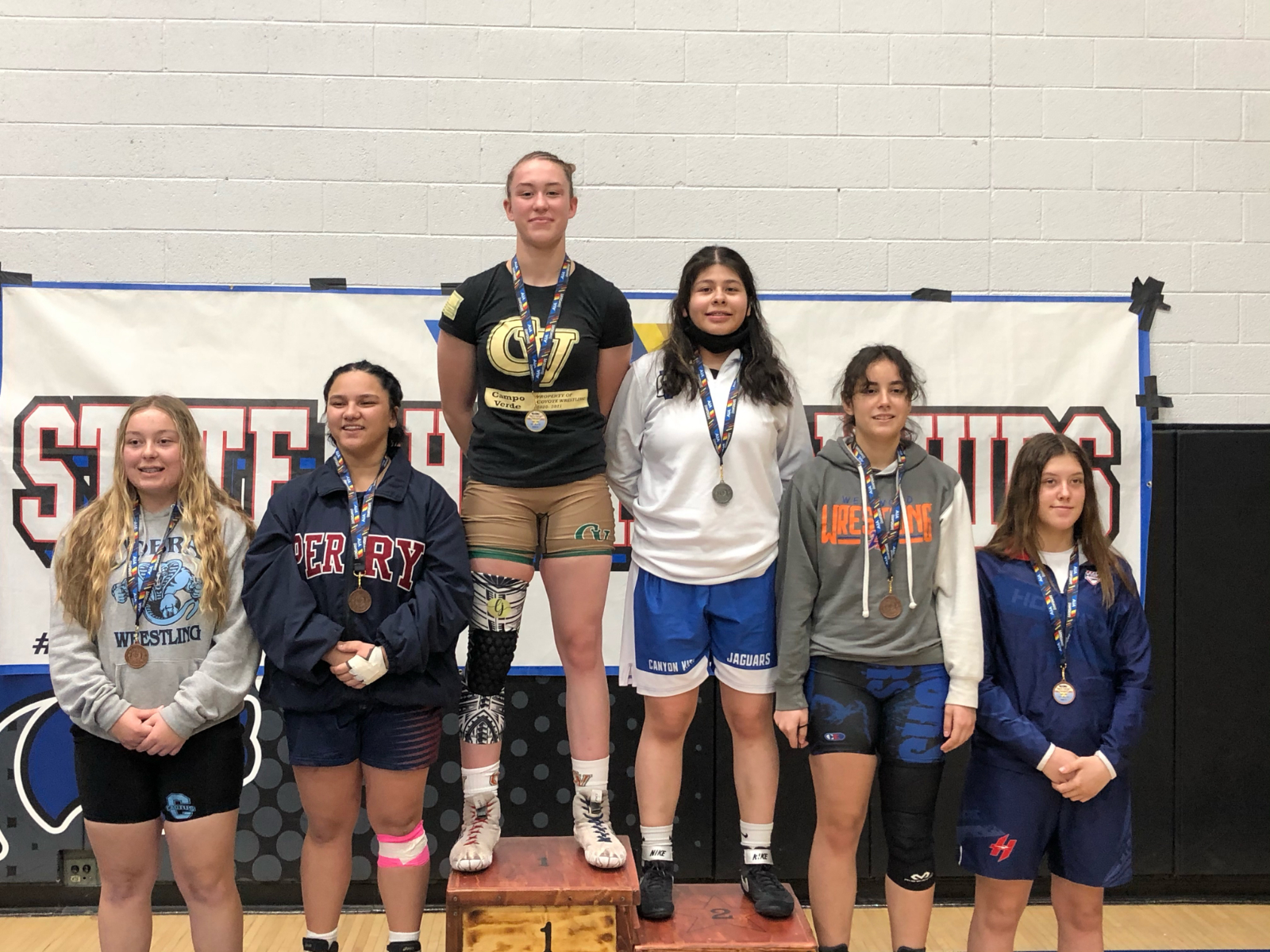 Sophomore Jana Hernandez made school history by becoming the first female wrestler in Canyon View history to finish 2nd at the AIA State Championships. Hernandez lost in the championship round to Nina Sandoval of Campo Verde after winning three consecutive matches to advance to the final round.

Hernandez was one of four Lady Jags who qualified for the State Championships along with Trinity Montalvo, Kristina Flores and Kayla Gortarez. Montalvo won her first round match while Flores and Gortarez won two matches each to advance to the Quarterfinals.

Hernandez made an impressive run through the championships by beating Victoria Cattron of Higley in the first round, Tylee Payne of Benjamin Franklin in round two, and Samara Kennedy of Holbrook in the Semifinals.