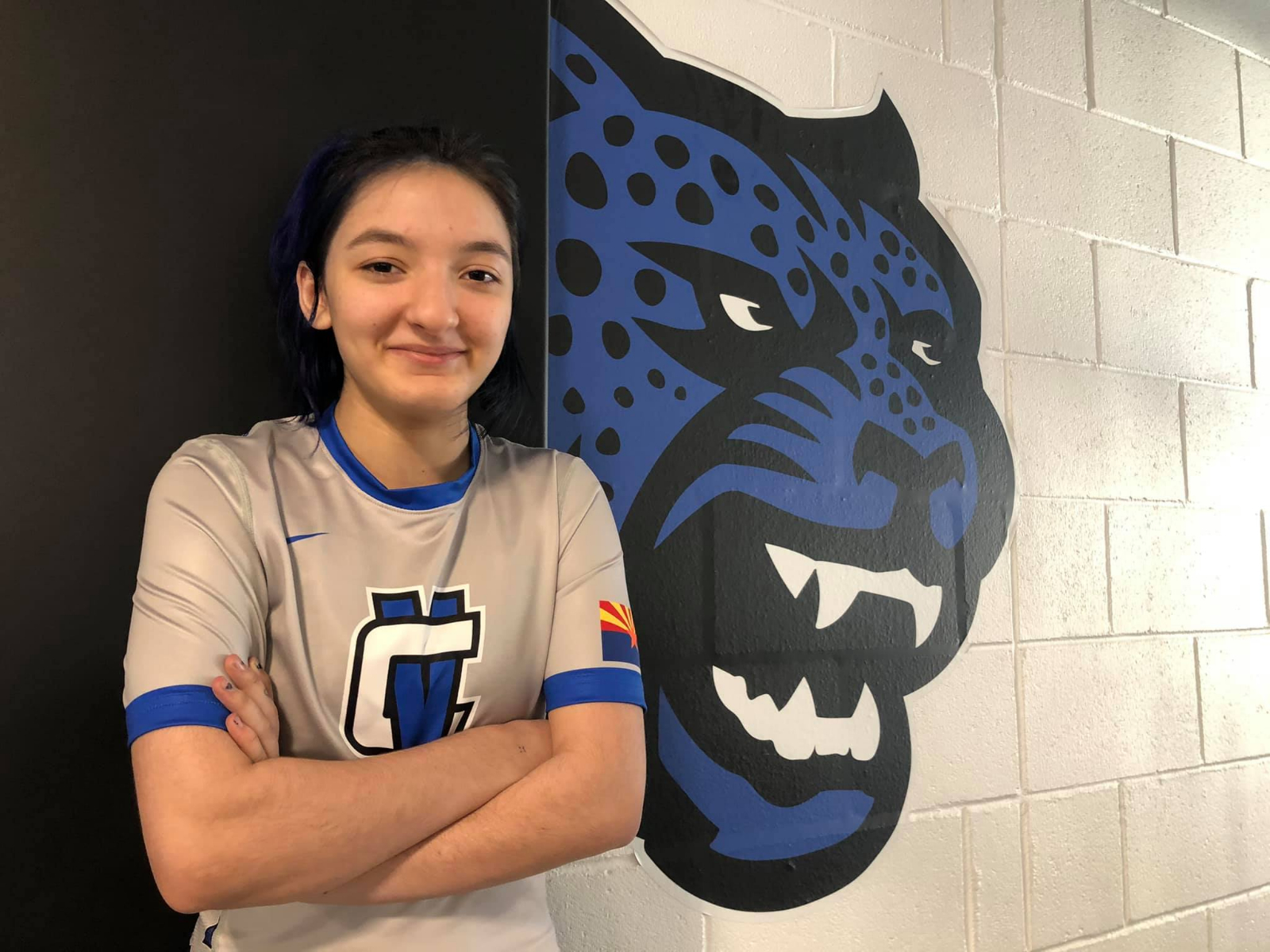 Coach Joey Ortiz continues to build the Canyon View girls wrestling program as four athletes qualified for this year’s State Wrestling Championships after sending just one girl a year ago. Trinity Montalvo, Kristina Flores, Kayla Gortarez, and Jana Hernandez will be representing the Jaguars in the school’s second season of varsity athletics.

Evin Epperson became the first girl in school history to qualify for the State Championships last season, but chose not to compete this season due to health concerns. The rest of the squad continued to improve and will now have a chance to compete against the top wrestlers in Arizona.

The Girls State Wrestling Championships will be held March 5-6 at Mesquite High School in Gilbert, Arizona. Ticket sales for all AIA state championship events will be conducted digitally through GoFan. Spectators can only attend events in the postseason by ordering their tickets online.