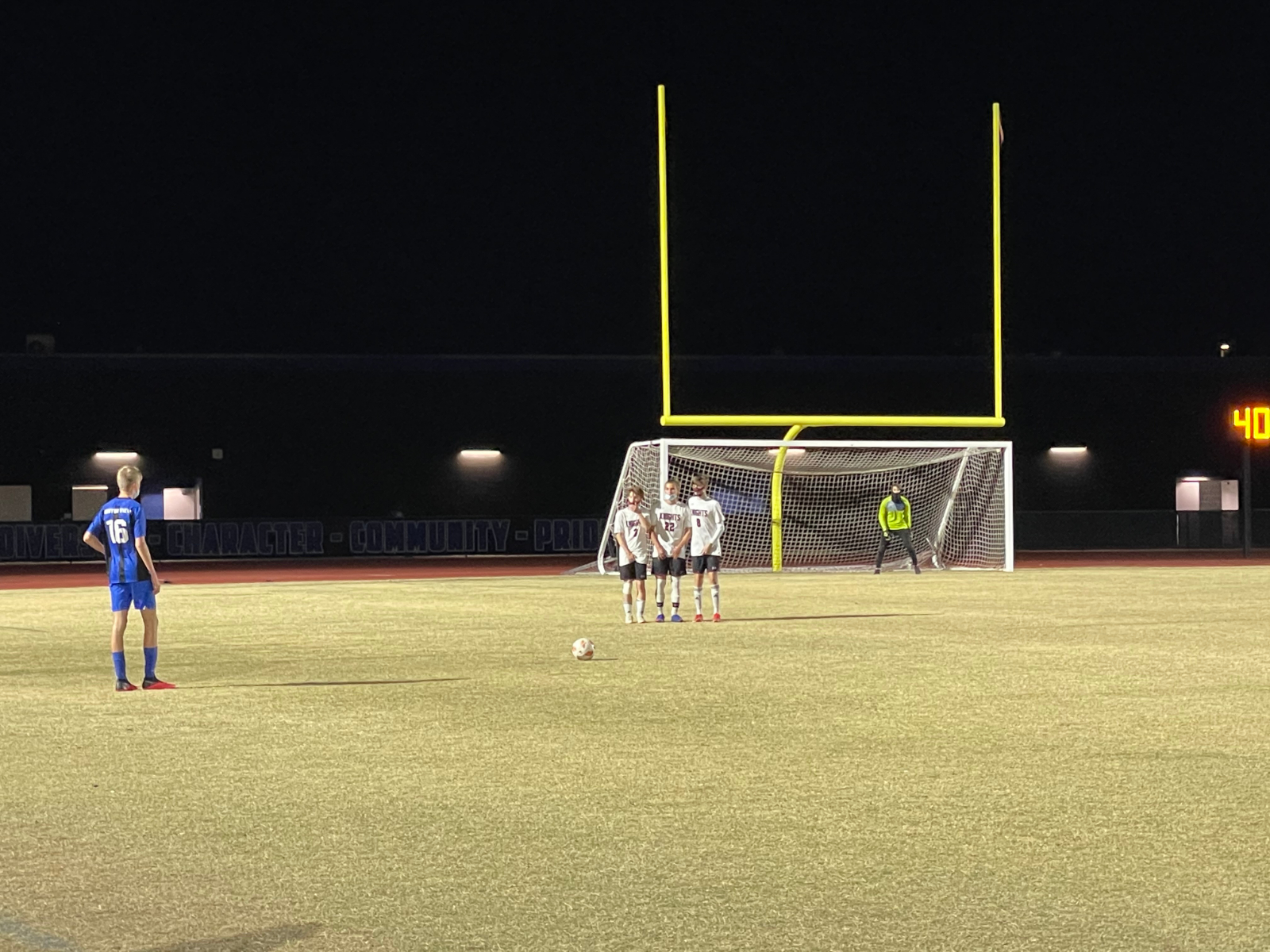 The Canyon View boys soccer team fell short against Trivium Prep by a score of 3-2 in overtime at Jaguar Stadium. The Jaguars hung close for most of the game, but allowed a goal during the first overtime period and could not catch up.

The Knights got on the board first, scoring a chip shot with just over 10 minutes to go in the first half. Junior Michael Ludka scored with seconds to go until halftime to even the score at one apiece.

Trivium scored off a cross that squeaked past the Jaguar defense at the 17 minute mark of the second half to go up 2-1, but Ludka struck again. This time the midfielder knocked a penalty kick into the lower-left corner to send the game into overtime.

The Knights got on the board first again during the extra period, knocking in a rebound after a save by freshman goalkeeper Youssef Mahrish. Canyon View could not capitalize on their opportunities and lost by a goal for the second time this season.

The Jaguars jump right back into the fray on Friday night as they host Paradise Honors.