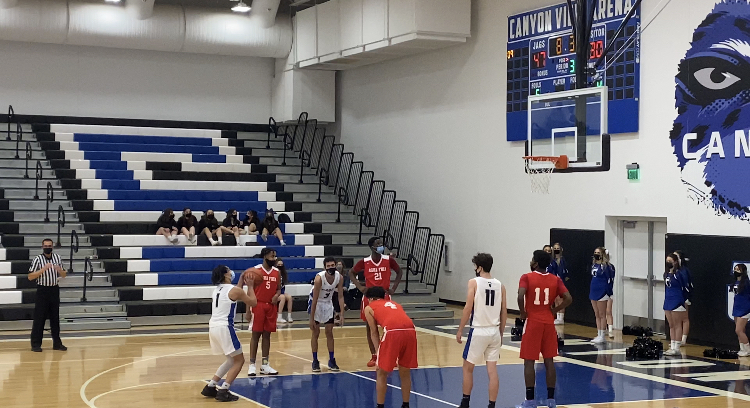 The Canyon View varsity basketball team beat Agua Fria 66-40 at Canyon View Arena on Tuesday night. This was the second straight win for the Jaguars as they improve to 2-1 overall.

“We underestimated our opponent a little bit, but they finally woke up in the second half and we started playing the type of basketball we’re used to playing,” coach Adrian Orona said. “We got the win and we’re still continuing to learn.”

In the first quarter junior wing Danny Diaz got the Jags started with a three pointer. The Jags led all through the first half, but were unable to pull away. Junior Logan Abreau finished the second quarter off with two free throws making the score 32-19 at the half.

“We thought we were going to get an easy win, but Agua Fria showed that we weren’t,” sophomore Joseph Isoca Fanco said. “So in the second half we came out stronger and we blew them out.”

In the third quarter, juniors Brycen Cosgrove and LaDarien Hayes led the Jags in points, making the score of 48-30.