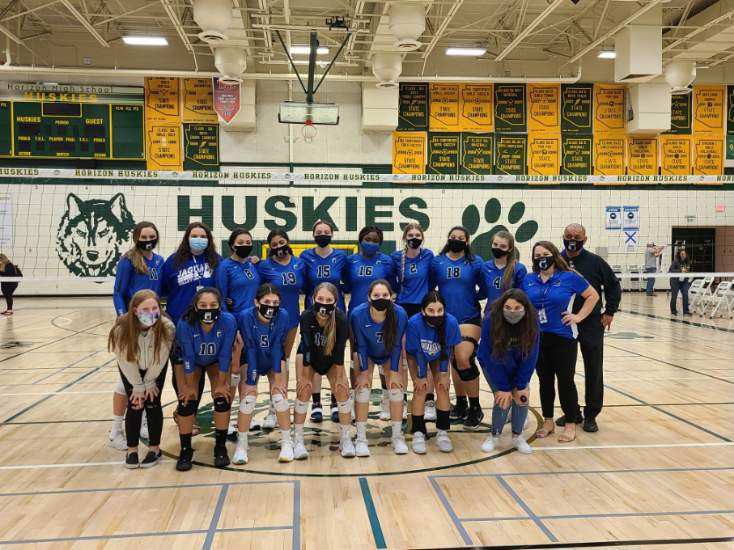 In just their second season of varsity action, the Canyon View girls volleyball team placed a total of seven student-athletes on 5A Desert West All-Region teams. Five Jaguars made 2nd Team and two others were selected as Honorable Mention. This punctuates a successful season for the Lady Jags who made it to the State Playoffs for the first time in school history while also moving up to 5A.

Juniors Trevi Jones, Kaili Matancillas and Brittlee Harper led the way for the Jaguars by making 2nd Team All-Region. Sophomore setter Alexis Alvarez was joined by classmate Yzziane Dsamou on the second team as well. Jones and Alvarez were made 1st Team All-Region last season while playing in the 4A Southwest division.

Coach Stephanie Parker’s squad ended the season by defeating Catalina Foothills in a play-in game before falling to #2 ranked Horizon in the 5A State Playoffs.